Last year, the European Parliament agreed on a new law banning certain disposable plastic products in the EU from 2021. These include, for example, plates, cutlery and cotton swabs.

Disposable plastic articles stand for most of all garbage found in European oceans. Every year, between 500 and 1000 million disposable cups for, among other things, coffee, ice cream and salad are used in Sweden. This is about 50-100 cups per person per year.

In a previous post, we wrote about a really good initiative from Pressbyrån and 7-Eleven, through a campaign with Keep Sweden Tidy, which gives the customer a reward in the form of a discount on coffee if you bring your own coffee mug. This is to reduce the consumption of disposable cups. We think that´s awesome!

What if we could bring the campaign from Keep Sweden Tidy to the restaurants as well? Why not bring your own box when we buy take-away food? According to the National Food Agency, there are no rules prohibiting it. The restaurant owner has the right to decide whether it is ok to use your own packaging or not, that means you can always ask the question, right?

Reducing waste from take-away packaging brings environmental benefits. According to a report from the IVL Swedish Environmental Institute, it turns out that it pays off with cups you use multiple times instead of disposable cups from an environmental perspective. This assumes that the multi-purpose cups are used enough times. Likely, a life-cycle analysis of a disposable and multi-purpose food box would show similar results.

In the Junk Report 2019 from the Keep Sweden Tidy foundation, you can read that the garbage in the seas in the EU consists of 80 – 85 percent plastic and half of it is disposable. An eye-opener is that only on the west coast in Sweden the amount of garbage floating in land is about the same as 120 filled bathtubs per day. That’s a lot of junk there!

So, there seem to be mainly two things that we must do to reduce the garbage in our nature. One is to simply stop throw your garbage in the wrong place – Sort and dispose of debris in the right place, definitely not in our nature! The second is to use fewer disposable items, especially those made of plastic. It doesn’t sound that hard, does it?

TRADITIONAL PLASTIC: Manufactured mainly from fossil fuels. Often manufactured to last for a long time, making it very difficult to degrade when they get into the environment.

BIO-BASED PLASTS: Plastics that are made entirely or partially from renewable raw materials instead of fossil raw materials. Bio-based plastic works like “ordinary” plastic when it gets into nature – so it doesn’t break down. However, many people believe that plastic is biodegradable. According to a study by Keep Sweden Tidy, every other Swedish believes that a plastic bag made from corn starch breaks down and disappears if it gets into our nature.

BIOLOGICALLY DEGRADABLE PLASTIC: Plastic that is made to have a shorter shelf life. Can be made from both renewable and fossil raw materials. Requires special conditions to break down. Criticism are directed at this type of plastic, as consumers may be misled into believing that it disappears into nature. Biodegradable plastics can never be a solution to the problems of debris.

RECYCLED PLASTIC: Plastic recycled from plastic. May be of slightly inferior quality and contain undesirable substances. Is good from a resource perspective but problematic if it ends up as garbage.

You can find out more about which cookies we are using or switch them off in settings. 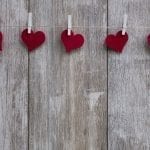